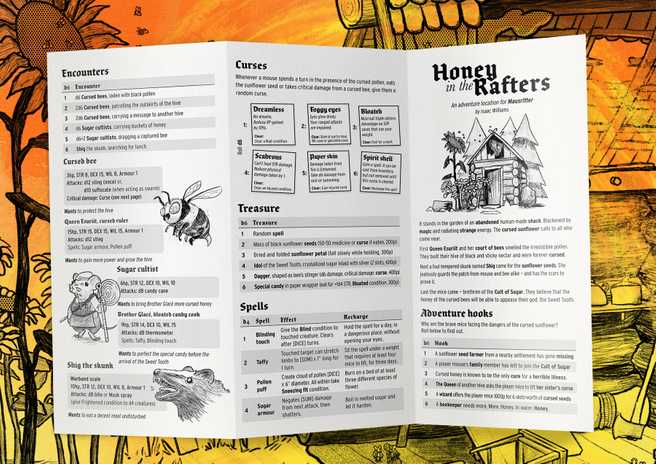 The first adventure location supplement for Mausritter is out!

Get it here from Itch.io!

Honey in the Rafters is a 2-page pamphlet adventure location that tasks the player mice with negotiating the dangers of a cursed sunflower and those who seek its power. The supplement contains a cutaway map of an abandoned human-made shack and the surrounding overgrown sunflower garden. All up, there's 10 keyed locations, plus new antagonists, treasure and spells. 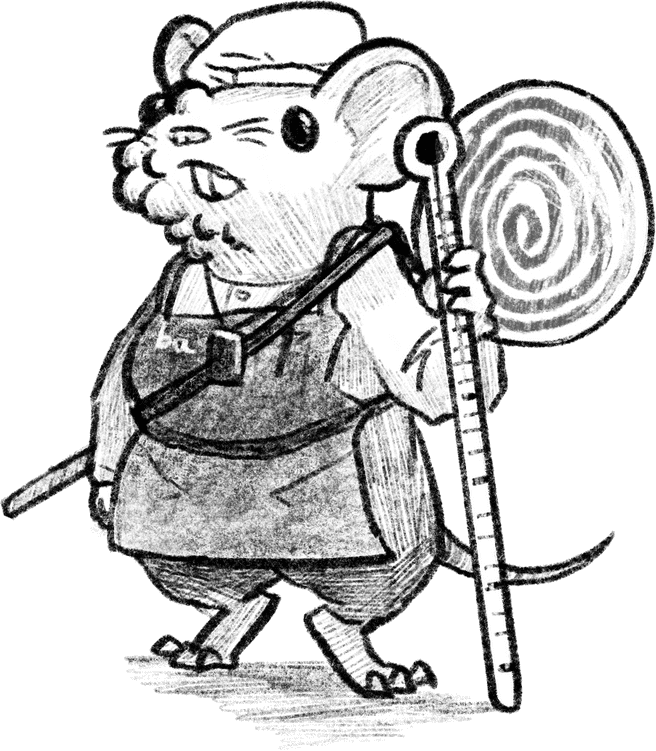 The adventure works well as a one-shot or can be easily dropped into an existing Mausritter campaign. In addition to this, the adventure attempts to act as a demonstration of the basic faction-focused adventure design principals laid out very briefly in the Mausritter rulebook.

Populate the adventure sites with two different factions that have competing goals.

In this case, there are three factions already competing and interacting as the players arrive — Cursed bees, Sugar cultists, and an ornery Skunk.

Each of these factions pose a significant threat to the player mice if tackled head-on. But if they are clever, the players will be able to play the factions off each other and take advantage of the chaos.

The adventure has been in development for a few months, mostly on the backburner as I waited to get my Mausritter game up-and-running online so it could be properly play-tested (and worked on other, top secret Mausritter-related projects). Thanks much my playtest group for pushing hard on the draft adventure, and helping flesh out the details that are hard to make up on the fly!