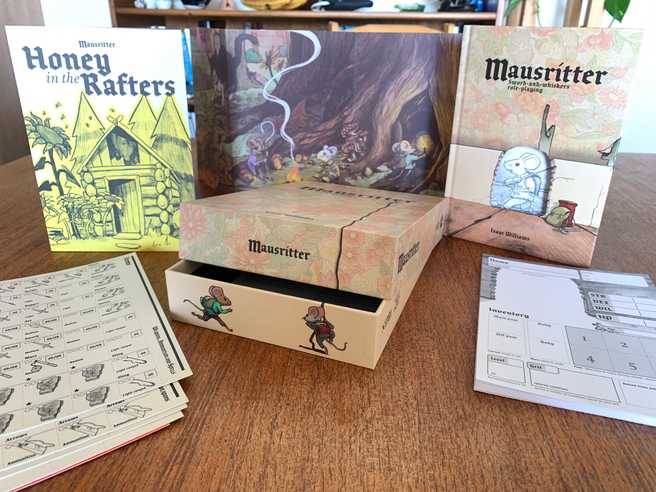 Mausritter, my sword-and-whiskers hack of Into the Odd is out in the wild!

Mausritter began as my home game after my group gave up on a Mice & Mystics, and decided that we'd prefer to just be playing D&D (but keep the cute mice). I chose Into the Odd as the chassis to build it off, wrote up a background table and intro adventure, and started playing.

The game is very light on rules, but there's plenty of content and advice packed into the the book — enough for at least one short campaign.

Update (25/11/2020): Mausritter has been significantly expanded to 48 pages, and now provides almost twice the GM-facing material as the original edition.

In addition, there is now a standalone website for Mausritter, which will serve as an growing platform for mouse-scale content, both from myself and from other people!

Mausritter is available for $8 (or free) from Itch.io.

Update (25/11/2020): Mausritter is back in print, in a lovely hardcover book form and box set from Games Omnivorous, and has been significantly expanded since this post was written. 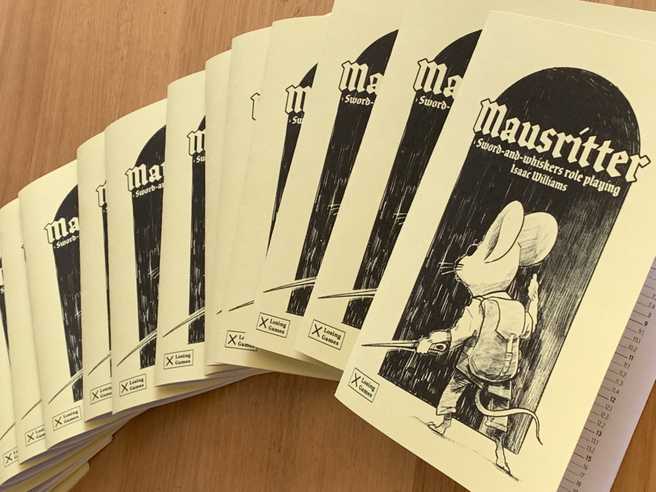 Mausritter is my love letter to the culture of hacking and iteration of the OSR blogosphere. It pulls in good ideas from many sources and tries to combine into a coherent, complete whole. Some sources of inspiration are: 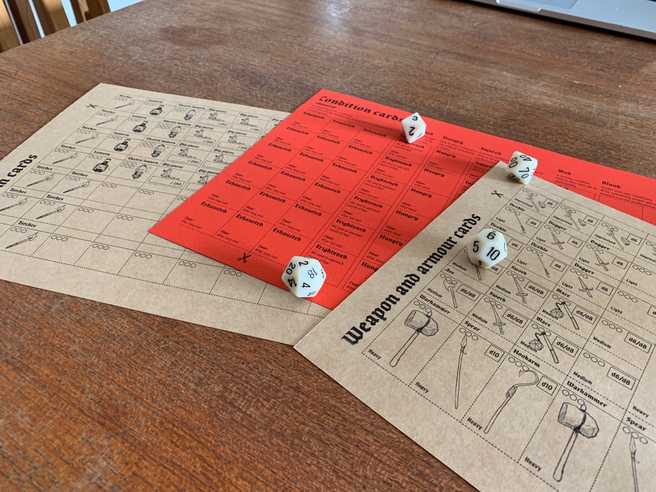 The only real innovation in the game is the Condition cards. They're inspired somewhat by the conditions in Torchbearer, but take up inventory slots to double down on the focus on the player's gear. They're a great tool for GMs to give their players less-deadly consequences for failed saves, which still force them into hard choices — should I carry this bag of pips and throw out my sword? Or should we take a rest to clear the Exhaustion, but risk more time in the snake's cave?

All of the GM-facing tools and tables are available as online generators:

There's also an online generator for player mice, to get your players into the game instantly.

This is a really great game in terms of how much it gives you for it's size. It's highly dense, and it's not vague... this gives you stuff to use, and a lot of the stuff is really good... Mice are not apex predators: they're at the bottom of the food chain, which is a really OSR place to be in — Questing Beast

The OSR has a bit of a reputation for producing rehashes of OD&D/BX and/or Keep on the Borderlands, and edgelord "body-horror lair of the tiddy-hydra" stuff. So it can be hard to draw outsiders' attention to great work that they might enjoy. Mausritter is one of the games I will now point to as an example of what the OSR is capable of — Glaucus Hauriant